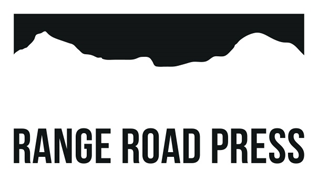 London 1874 - When his friend William Hennessey turns up on his doorstep at midnight needing somewhere to hide, John Willis doesn’t realise how much his life will change.

A few days later, he and William are boarding an immigrant ship bound for New Zealand. When John and William board The Remittance, they discover William’s father has booked them into steerage and instead of the allowance he is expecting William only has three hundred pounds to live on. John has even less money. William decides his father has arranged things this way as some sort of test, or punishment and he’ll obey him and go to New Zealand.

John isn’t sure about his decision to accompany William, until he sees Daisy Hammond on the deck of The Remittance and sets about winning her heart.

And William meets Charlotte who is going to NZ to start a high-class brothel and is travelling with all the girls who will work for her.

New Zealand, 1875. After leaving England to avoid criminal charges, William Hennessey hears gold has been discovered in the Ohinemuri.

He hopes to make his fortune by staking a claim on the Karangahake Mountain. Then he meets Mere, she’s beautiful, she’s passionate. and everything about him and his plans to mine on the mountain sacred to the local iwi angers her.

Mere McGregor is half-Maori and half-Scottish and has never quite fit into either world. She is quiet and observant, and watches in horror as her forefathers’ land is taken, and there is nothing she or anyone can do about it. William represents everything she resists. To her, he is entitled and spoiled, but he’s also intriguing and tenacious in his pursuit of her.

They’re respectable now. But if his brother keeps taking risks, they could lose everything.

New Zealand, 1885. Dominic Farrell remembers how hard life was before he and Declan left Ireland, but now they have the farm, so if they can just survive the drought, they’ll have security. But friends from their old life draw Declan into a risky scheme. They want him to go gold mining with them in the hope that the rumours a new type furnace will not only make the mine viable but will make them a fortune.

Then Declan’s wife Eliza gets sick and her sister Alice comes to live with them. Now Dominic has two problems, his forbidden love for Alice, and keeping the farm going while Declan is chasing gold.

If you like unforgettable heroes, breath-taking romance, and vibrant details, you’ll love this series.